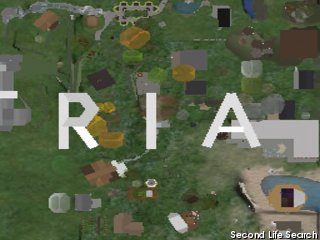 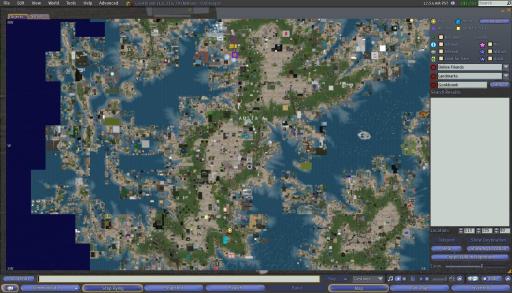 More on the Pompeii faun, found at the House of the Faun:

The House of the Faun was named for the bronze statue of the dancing faun located, originally, on the lip of the impluvium, a basin for catching rainwater; it has been moved to the center of the impluvium, as seen in the picture to the right. Fauns are spirits of untamed woodland, which literate and Hellenized Romans often connected to Pan and Greek satyrs, or wild followers of the Greek god of wine and agriculture, Dionysus. It is purely decorative sculpture of a high order: “the pose is light and graceful,” Sir Kenneth Clark observed,[4] the modeling well understood, the general sense of movement admirably sustained,” though he missed in its suavity the stimulus of sharper contrasts to be found in Renaissance nudes. 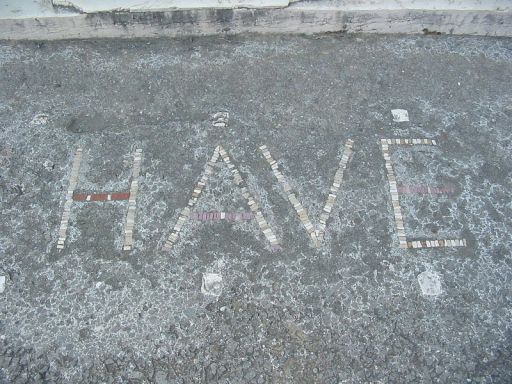 The House of the Faun covers nearly 3,000 square meters, and occupies an entire city block, or insula. The house can be divided into five major parts: the Tuscan atrium, tetrastyle atrium, service rooms and corridors, first, or Ionic, peristyle, and second, or Doric, peristyle, and their corresponding dependent rooms.[3] Like many ancient Roman houses, the House of the Faun had tabernae, or storefront shops, and a highly-sophisticated building plan, which details the many rooms. The entrance is decorated by the Latin message “HAVE”, a greeting both for meeting and parting.

The wikipedia caption for the above photograph reads: “The “HAVE” Mosaic (spelling variant of Ave)”. Perhaps significant here that we find another reference to a dropped or added letter, just like the “I” of the word AUSTRIA found on Second Life maps of the Nautilus continent discussed before has been recently lost due to unknown circumstances. The Latin “HAVE” has a double meaning, a combination of opposites — meeting/parting — similar to the Hawaiian “aloha”, then. Both the “(H)AVE” and “AUSTR(I)A” under discussion are spelled out in capital letters made up of rectangular “tiles” or tesserae.