On my map of the place posted May 1st…

… it is called “hemlock” (between the two areas marked in yellow, which I now perhaps see as Old WC (lower) and New WC) and then underneath this in parentheses and underlined: “center?”

Spent some time there. Sat on Grey Rock for a while as well. Bugs were present but not that bothersome. Less present at the center hemlock.

Elsewhere, the Sink Lair gallery posts should be done by today or tomorrow, and I’ll open up the gallery for real to complement the already present Toxic Art Gallery, Quadtower of TILE, and also House Greenup now (just added last night beside the Quadtower and caddycorner to Toxic Art). Have explored some around the Carcass-One village but not a lot. Feel like SL exploring is basically dead, perhaps officially so. Shift of exploring for certain back to RL or real life. As it should be.

Still I have a hankering to develop another gallery next in Carcass-One dealing with a perceived England Lake District-Maebaleia Lake District link. In short, Rubisea seems to be overlapped with Rydal Water in the closest 1:1 parallel between the two districts. Like Rubisea is one of the two smallest of the 6 Maebaleia lakes, so Rydal Water is one of the smallest of the 16 official England Lake District lakes. There’s also a cave above both. Other parallels can be drawn, like comparing *both* nearest lakes to Rubisea with Grasmere Lake, similarly near Rydal Water.

Wikipedia article on Rydal Water here, probably most noted, of course, as the home of William Wordsworth. 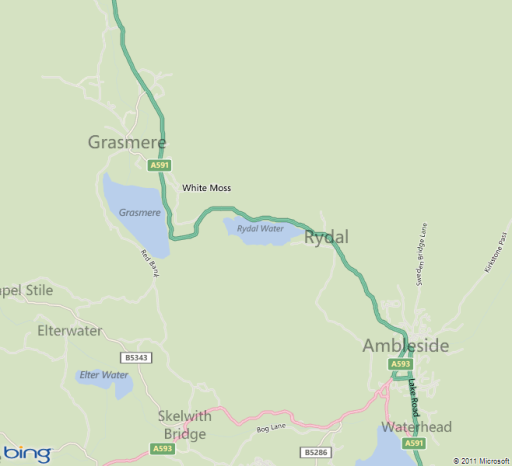 What would be the parallel to Blue Feather Sea? Would that be Ambleside?

So I appear to be, er, stuck in Carcass-One for another month or two and least. Have no desire or feel no need to return to Jeogeot.

Just like Blue Feather Douglas stuck. Have you found more of his hangouts yet?

Well, you should look around. Don’t give up on exploring quite yet. Take a bike trip. Head to Old Crabwoo. Aliens. This is the girl.

Baker Bloch is in the Greenup vale!