Seascape west of Ruuster’s Peninsula, as I’m calling it in this blog. Is this a place of potential mythological importance to said blog? 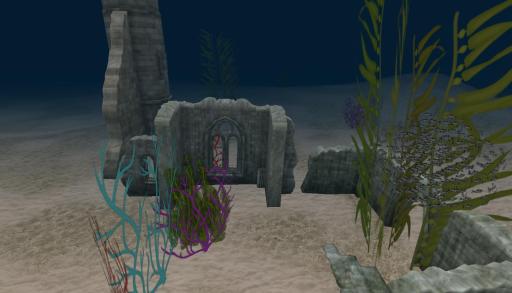 Nearby, substantial forested area in Molvena, just below this peninsula. Another attraction to perhaps renting land in the area. 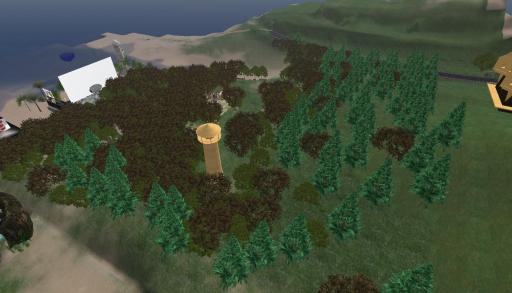 Then a pic from a nightclub on the peninsula itself called “MASH”, I believe, that seems to have resonance to some deeper themes of the Baker Blinker Blog, such as the idea of carrcasses and shut. Connected with this, and perhaps not coincidentally I might add, the sea to the southwest of Ruuster’s Peninsula lies within a grid of sims with names coming from M*A*S*H TV show characters such as Hawkeye, Potter, Trapper, and a good number more. 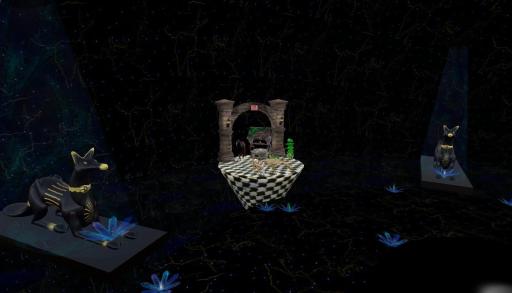 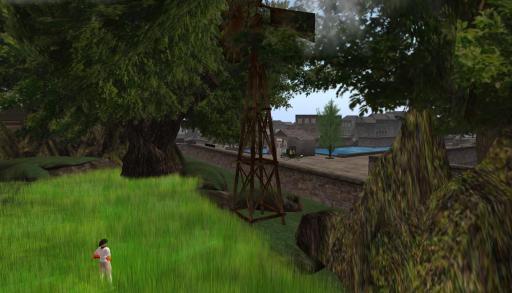 Quickly moving now to Sansara and its central, newly updated Sea of Fables, Baker is surprised to run into the Neptune statues first seen in Nautilus City in a rather randomly picked place to teleport within. 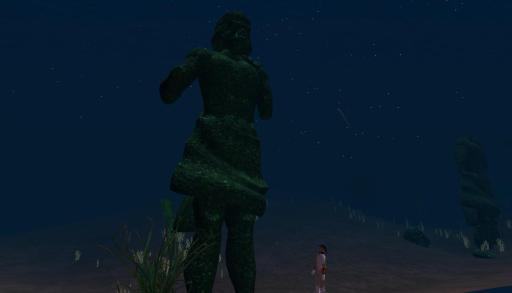 View from a porch located in a walled, urban area of Helvellyn, part of the East River Community. Baker doesn’t think he’s going to be renting here now, though.

Chilbo and the site of Baker’s former rental on the west edge of town, currently an open air art gallery of sorts. I believe Baker has now ruled out renting here again as well. 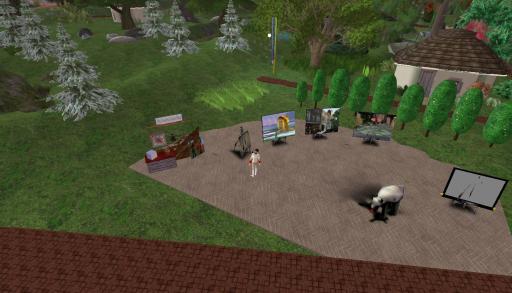 Another potential rental parcel on the northern slopes of the Finsteraahorn sink of upper Maebaleia. 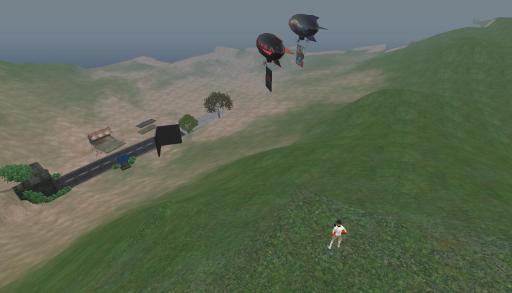 The still wonderful Forest of Kahruvel near the oldest parts of Second Life on the Sansara continent. Baker stands on the islet in the northeast corner of Rodeo which has such a rich story to tell for so small a virtual piece of real estate. 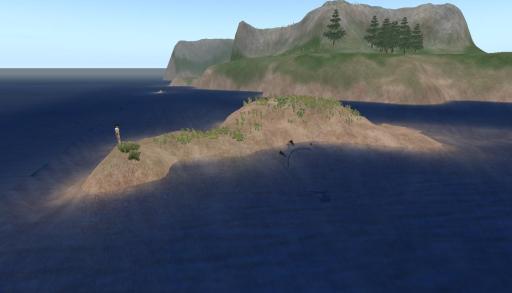