“So it appears I can’t move on to Carcass-7 until I resolve the issue of crystallizing Carcass-4.”

Creativity moves forward despite problems. Carcass-4 was not suppose to be finished[ yet].

Wait. There’s a reference to concrete concerning The Island. Hold on…

Both entrances provided access to a primary corridor running the length of the station. About halfway along the corridor (across from the entryway to the living area) were two large obvious doors which had been hurriedly sealed with concrete, blocking access to the area of the station where the incident occurred. The area exhibited a high degree of magnetic attraction to metals, such as Jack’s key and Eko’s cross. Sayid attempted entry briefly and estimated the concrete behind the door was eight to ten feet thick. (“Man of Science, Man of Faith”) (“Everybody Hates Hugo”) (“What Kate Did”)

You’re not going to figure this out tonight.

Residents signed up in particular for Carcass+1. That was their reason for being here. That was in the Billfork Agreement.

[no answer from Hucka D.]

bb (to reader or readers):

I know Hucka D. doesn’t like talking about the Billfork Agreement.There’re good reasons. I must do something, however. Go to Pennsylvania? I’m not going back to Pittsburg, so I instead head to Philadelphia. Philedelphea. 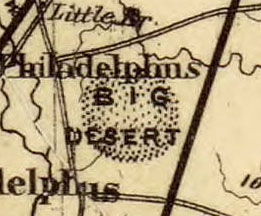 Hucka D.’s still not around. The Big Desert near Philadelphia, NC. This is where Phil went, Buie.