This is the head or beginning of the *Mouth* of Norris, certainly not to be confused with the Head of Norris itself (the stream’s actual source). No, this particular Norris highlight lies only about 20 yards from where it empties itself into Turnpike Creek, and where the flow becomes clearly visible after a number of yards of underground existence starting at the Two Trees space (see below).

Mouth of NORRIS curving just downstream from the above picture and then straightening out on its homestretch toward Turnpike Creek.

The actual mouth. The large rock in Turnpike Creek here is Voice Rock once more.

Best blog picture of Voice Rock yet, most likely. 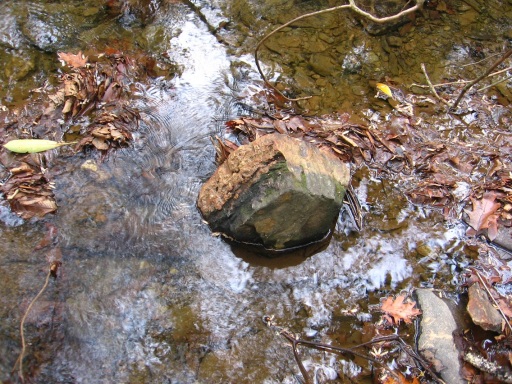 It really does look like the channel was artificially straightened here (‘cept it couldn’t be).

The Two Trees bridge crossing Norris just upstream from the start of Mouth of Norris (see first picture above).

There are actually *two* sets of two, larger fallen tree pairings in this region, both forming a “v” and falling almost at right angles from each other toward a common center. This resulted in 4 crossings of unpaired trees, or the maximum amount possible. One such crossing is pictured below.

A better idea of what I’m talking about, hopefully, can be gleaned from the map of the “Norris Map Detail 03” post just above. See “Two Trees” space enlargement center-left. An isosceles triangle is implied, even, through the resulting intersections. 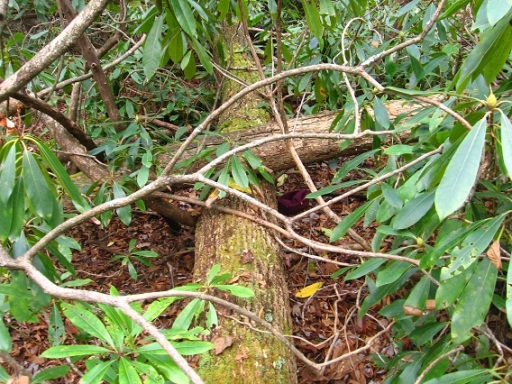 Another larger, root system, this time in the 1st more open area the stream flows through, just above Two Trees. 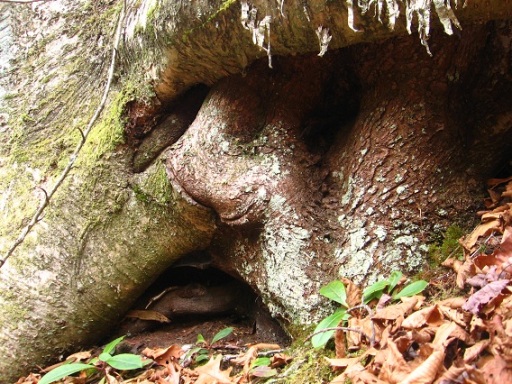 Looking further upstream from this open space into a wilder, more plant congested region. No practical way through this tangle; I must either walk toward nearby Freedom Trail from this spot (right turn) or else head the opposite way up the ridge separating Turnpike Creek from Arthur Brook (left turn). I chose the latter this day, a fateful decision as it turned out.