This particular, beautiful autumn day, of which there have been many lately, took me to the headwaters of a stream tumbling in a southwesterly direction off Wealthy Mtn., as yet unnamed but known by me for a very long time. Just above what seems to be the spring source of the stream, at a larger rock, there appears clear evidence of stone stacking at some unknown, past date. More avatar activity? 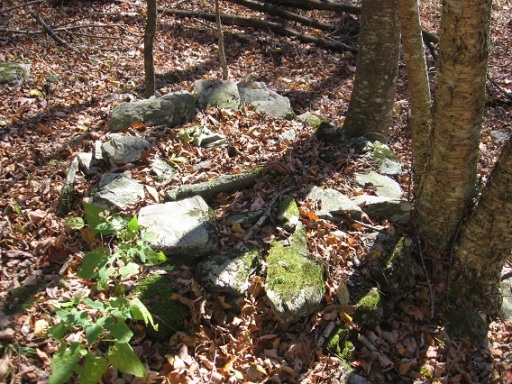 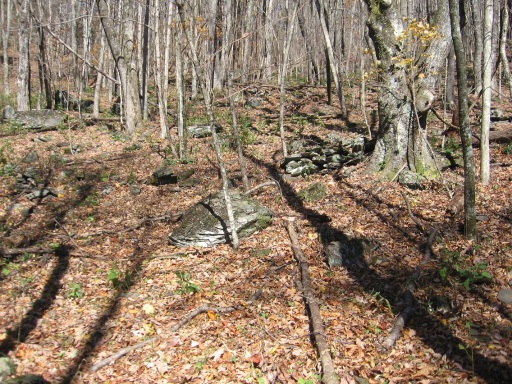 And on the ridge just above this we have what I’m now calling Michael Too, the campsite of the person with the same moniker, actually. Confusing I know — maybe I’ll change the name of one or the other soon enough. In a post from about a month ago, I’ve already discussed the initial finding of this campsite, a discovery that has become elevated in importance for sure with what I later uncovered in nearby Dongoba in Frank Park. More on all that in considerable detail coming up (!)

Looking toward the campsite from near the base of the dead tree pictured above. 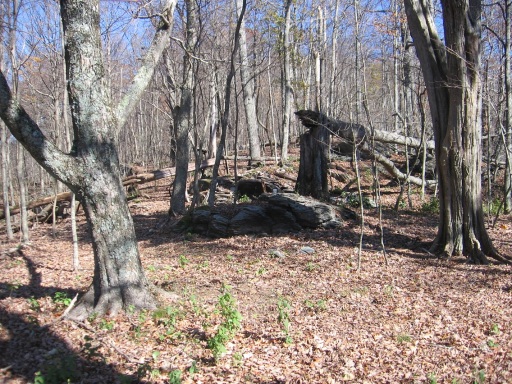 Hucka Doobie, in toy avatar form, photographed with a curiously yellow crystal in this light, from the center of the rock table in the compound. Hmmm… yellow with yellow. 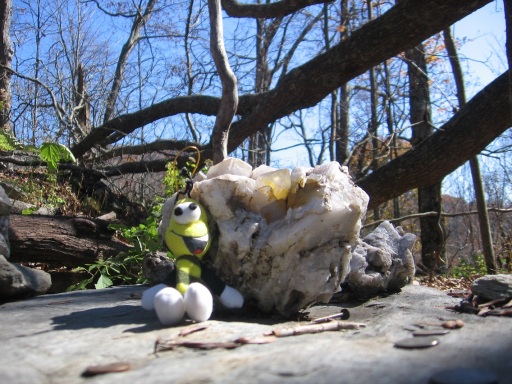 4 dead batteries were found at the base of the similarly dead tree mentioned above. 6 dead batteries are now located in Tinsity, making another 2:3 relationship (reduced from 4:6). This, I believe, is another, synchronistic manifestation of Michael *Too* in relation to Wallace*3* of Tinsity, and the implications of shifting from 22 (or 222) to 23 (or 223). This has also been attached, more recently, to the shifting of Wheeler, 2, into Wilson, 3, with the basic idea being that I am Wilson, at least in potentia. 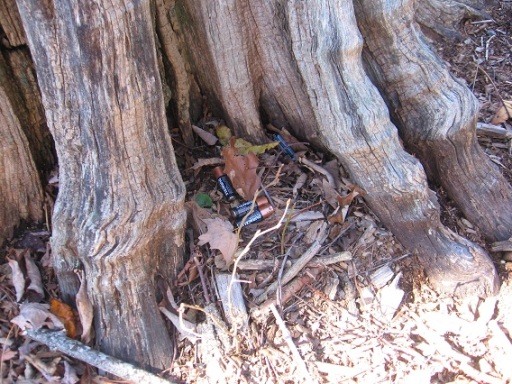 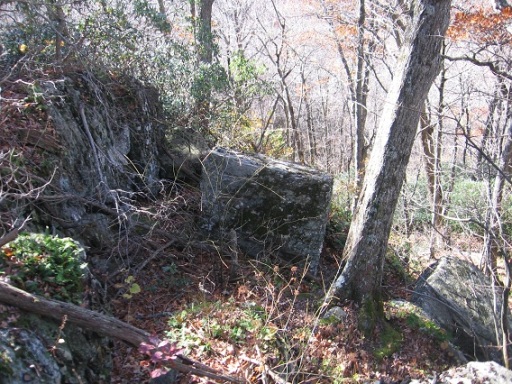 An almost tame deer was spotted on the way back down the mountain.

More interesting rocks further down the mountain, in a small, steep valley on its south side not before visited by me, I don’t believe. Many new finds have occurred in the past several weeks, including the newest and probably even the most significant one: Dongoba. Sorry Tinsity, Michael Too, and Brook Too; you’re fantastic places as well!