Meeting Rock was meeting place of primarily 3 types of Toy Avatars: Mossmen, Mmmmmm’s, and Marbles. 3 M’s then. The phrase 3Ms has meaning in and of itself (study).

Meeting Rock should probably have a tag in this blog. “Where is the 4th?” became a central question during an original or early meeting.

Debate: did the Quadrobeavs attend meetings there? Or the humanoid avatars, perhaps from Whitehead Crossing? How about the Bees from Greenhead?

Where were the Mossmen located? My feeling is that they came mostly from Frank Park, while the Mmmmmm’s resided primarily in neighboring Herman Park. But not exclusively for either party.

Mossmen have been claimed to originally come from Moss Most, a rock on the edge of Frank Park and Granddaddy Mtn. Mossmen were not allowed to tread on that sacred peak. Gene Fade, actor who played Mossman Solo in Salad Bar Jack in the River of TILE movie, decided to create a moss avatar named Karoz who could safely hike Granddaddy Mtn. to the satisfaction of all.

From Moss Most, the Mossmen civilization slowly, taking ages and ages, moved down RIVER into Frank Park. We now have additional information that RIVER is actually named Spoon Fork. 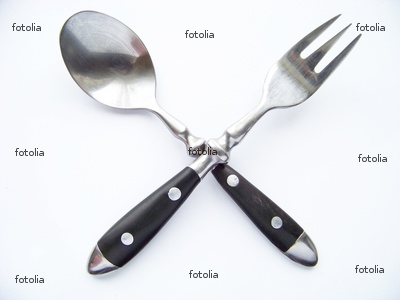 So Mossmen come from upper reaches of Spoon Fork but not upper upper reaches, which would instead be inside Granddaddy Mtn. territory. Or did they? (study, once more). That area was perhaps “X”ed out, like a crossed Spoon and Fork pictured above. No tresspassing on this sacred land, which was instead reserved for the Rock Gods or Gods of Rock. One such band of Rock Gods was called Sink Ark (debatable).

Well, if Spoon and Fork act cross with each other near the source, they must then cooperate near the mouth. And this is where Knife comes in, a 3rd, balancing force. This may be the same as the Portal System of RIVER (now Spoon Fork) described very early in this blog, actually.

Was this how the glop people of Sharon remake themselves or clone themselves? Did Mossmen have the same ability? Interesting that Creepy Crawlers is also called Thingmaker…

Lisa The Vegetarian is also obviously important. Obviously linkable to the idea of St. Lemon of Troy. Especially since she has been sainted herself in the meantime, after her death during what we can assume is an attack by dogs on the Jonesborough, Herman Park compound. St. Lisa The Vegetarian, then. or SLTV. Buried along with her saxophone. Left handed bass player Marty takes over as Jonesborough leader. Remaining toys loathing the day they decided to stick around after the end of the filming of that Salad Bar Jack movie. And just *where* is Salad Bar, er, I mean Grassy Noll in all this? Never paid his condolences. Too big a star with too big a head, perhaps?

Imp. as well: No writing comes out of Parson’s Vale on the east side of Great Meadow, Herman Park, just music. Sounds like my improvised music a bit but isn’t. Organized. Aotearoa. 2E2E.

Plastic People/Plasticman: Toy avatars are seen as plastic people first during reign of Lisa The Vegetarian, before she hands over rulership of Jonesborough (other places?) to Marty, who moves directly from Sunklands on the Jeogeot continent to take the job, becoming plastic himself in the process (*power* [Powerman] bestowed by Lisa?). Lisa admits to other toys that she comes from a 2 dimensional land which knows nothing of 3d until a closet portal was found. A TV is the key.

So… Lisa refinds or reopens the portal her father originally found while hiding from her 2 visiting aunts, allowing 2d toy avatars the power to become 3d. She is wealthy, perhaps connected with nearby Wealthy Mtn. (also in Herman Park). She finds a huge stash of crystals and makes money off it (Quartz Brook tumbling off side of Wealthy Mtn.). She teaches all 2d avatars the benefits of turning 3d and plastic. Avatar bodies are prepared.

Lisa’s father was the original Plastic*man* but then Lisa created a whole civilization of Plastic *People*. Beginning and end, alpha and omega. Man and People.

To do this she had to stabilize the black hole formed at the center of 3d at the time. It is a coffee cup, perhaps a Klein bottle. How to stabilize??

To gain needed wealth to make Plastic People, Lisa may have to cooperate with Powerman who is square shaped. Spongebob? (probably not).