“Have you ever been to Swindon?”

~ Dave Lister from the British television series Red Dwarf, upon being asked what death was like after he dies and is brought back to life.

The emails keep pouring in: “What has happened to Baker Bloch??” and, “Is he really a tree now??” and, “Did he get tired of England and return to Second Life??”, and, if so, “Was it really his choice??” Also: “Where are all these places — Crescent House, Salts Hole, White Horses, and so on — in respect to each other????”

Thanks again to all the fans and otherwise causal readers of this blog for their interest in The Bakers’ most recent adventures in virtual reality. I’ve attempted to give you a bit of an idea about the spacial relationships between Wiltshire County places already mentioned/pictured in this blog through the 2 Google Earth snapshots below, the first looking south and the second north.

The distance between the two furthest placemarks shown in both snapshots, Salts Hole and The Barge, is about 18 miles, or 29 kilometers for you non-Yanks. 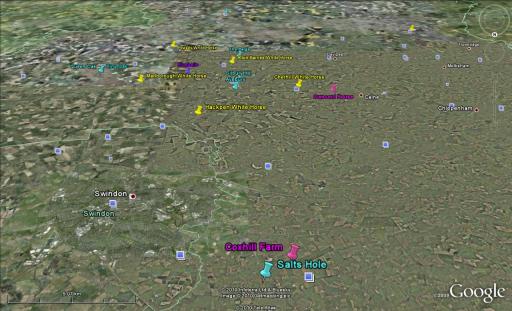 Places The Bakers have lived so far in Wiltshire (magenta):

Place through which Baker Bloch may have already split the Wiltshire scene, man (purple):

… to Baker Bloch, Hucka Doobie? This is Baker Blinker.”

You are sitting right across from me all pretty on the honey colored pillows of the white couch, so I know who you are, BB.

Baker Blinker (not even blinking):

He is gone… a tree I think. There is a virus inside the Queen Oak. Or else the Bluebells Queen. Strange.

Hucka Doobie (staring at the blue top of the red, yellow, and blue painting behind Baker Blinker):

That is for the future not the now. (looking back at Baker Blinker) But we have the (Crescent) House to ourselves again, Not-Honey. He is gone as well, absorbed into The Blue.

Skies, one and all.

Hucka Doobie (looking out the window):

It is nice to talk to you again, Baker Blinker. We are flesh and blood pretend plastic again. We have a house again, a clean white one once more. White and blue. Azure and eggshell.

We must go find Baker Bloch who has been absorbed into the trees in the Bluebells Forest!

In the future. Now we kick back and rest and take it all in. (continuing to stare out the window in the direction of the Cherhill White Horse) The White Horses, one and all. (sips martini)

Baker Blinker (sipping spring water and staring out the window now as well):

There is nothing yet we can do, then. *sigh* 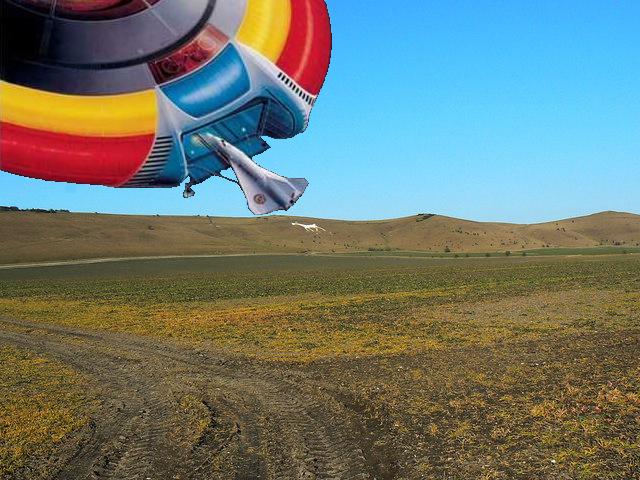