So what do you do when you get bored in SL? Move! I’m now in the middle of Sunklands.

So as you can see, I have my two standard, intro ground houses already set up, and also the waterfall I’ve also now rezzed in Ephant. Nice fit here as well! Now although I like about every waterfall I meet up with in SL, I’ll also say that some of them seem miscast for a role. I don’t feel that way about this waterfall… seems perfectly natural… maybe a tad too wide. but all in all… 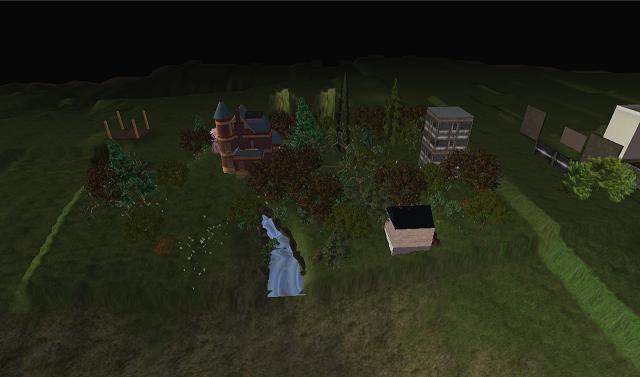 Victorian house from the road. I don’t own the property right next to the road, but I don’t think my view will be obstructed. I hope! Nice little garden to the left here… a roadside rest stop as it advertises itself. Already inside the house are many of the pictures originally found in the House of Truth in Noru. I’m on the same continent, so many of the pictures, maps, etc. certainly apply to the new setting. 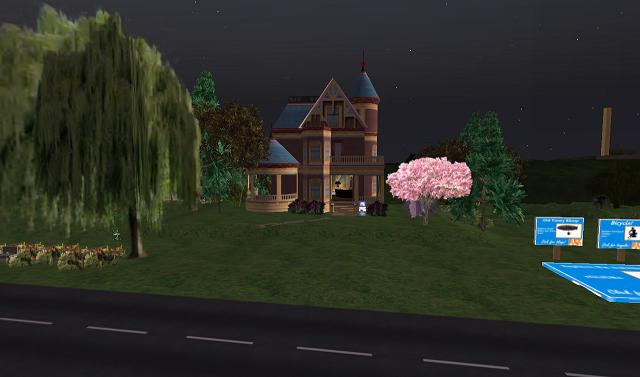 The waterfall goes right to the north edge of the property, which, by the way, is 7680 sq. meters, arranged like two side-by-side 4096s subtract a 512 on the front right side. It’s a little less than half of what I still own in Azure Islands (basically speaking, I rent there as well… just from a bigger enterprise), but the upside: almost *twice* as many prims to work with. And all at about the same “rent” per month. I think I would have stayed longer in Azure Islands — maybe — if Azure Island #1 hadn’t been essentially shredded during my time there. Probably the end of AI is near, or else a complete makeover. Maybe the Comet Archipelago is part of the makeover, but I have my doubts, and for good reasons. Mainland is certainly still the most stable place to live, despite all its shortcomings. Maybe I just needed a little break from all the madness… probably so.

Now I can also resume the commercial aspect of my gallery or galleries. That should be fun. But with all the extra prims, I think another gallery revision is in order, with the thought that the situation now is more permanent than even, perhaps, Noru. Although it seemed big at the time, I realized, through my experience on a homestead sim, that I needed a bit more. This is 1 1/2 times the size of the Noru property, and might be just right… I knew I probably shouldn’t rent less or even the same as Noru and expect it to last. My idea is that this new move will be my last major one for a spell. Of course I’ll most likely move again, but I’m hoping to delay such thoughts till at least, say, um, Christmas (?). 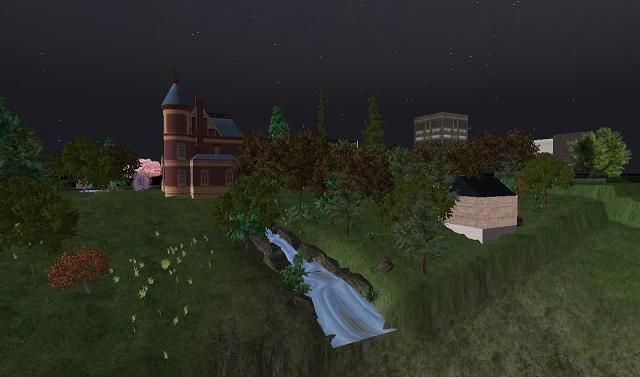 Currently my favorite place to hang on the new property– what little time I’ve had to do so. It’s a Chilbo related cottage that I forgot I had in my inventory until rechecking the lengthy list upon the move, apparently the first cottage owned by Chilbo founder Fleep Tuque. 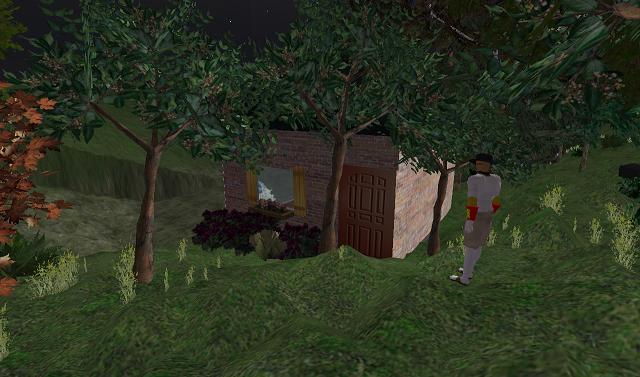 I made the walls transparent from within so that I could see into the center of the sink I live above now. I know it won’t last, but for now the view is breathtaking. The rest of the sim, however, is up for sale, and I have a feeling that it will be bought up quickly. See below for more on that… 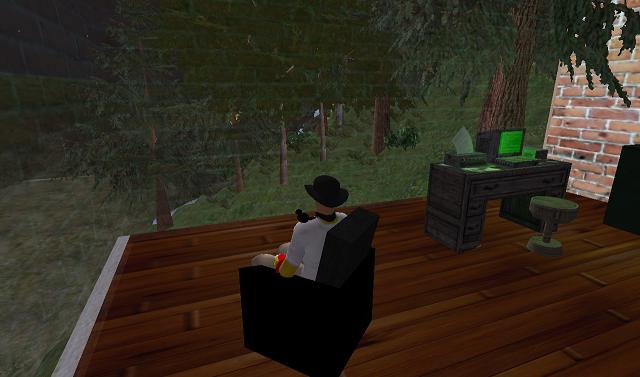 Baker in the Chilbo cottage. 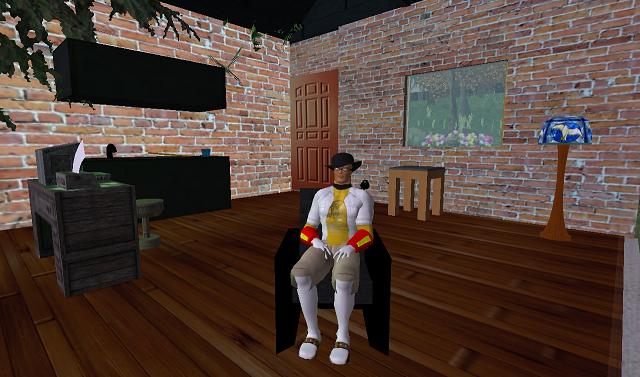 Baker on a rock beside the waterfall. 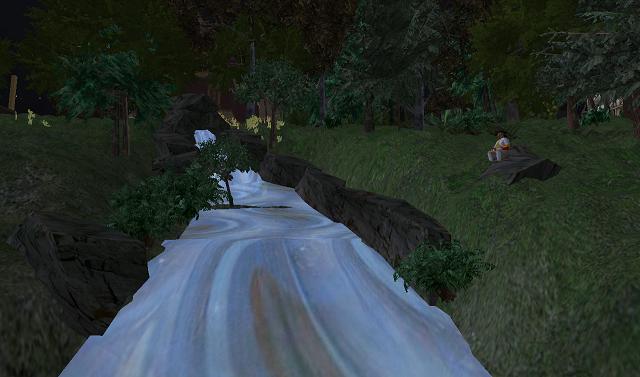 And then, as I returned to the cottage and sat there, or Baker Bloch sat there, civilization harshly made its presence known in the sim. I just hope they don’t cover the sink again (this particular owner can only cover 1/2 of the sink… btw, I don’t own any of the bottomland of the sink).

I’ll have more to say about this property soon. Let’s let the neighborhood settle down first, however! 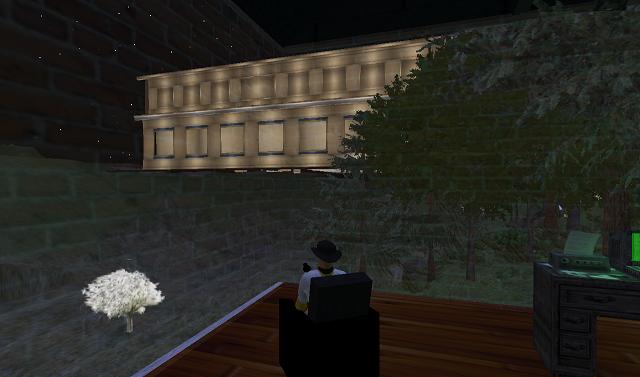