Below shows a flying Baker heading away from Big Island centering his archipelago and toward Azure Island #6. You can still see that sandy knob even from several sims away. So surprising since it’s only several meters high. 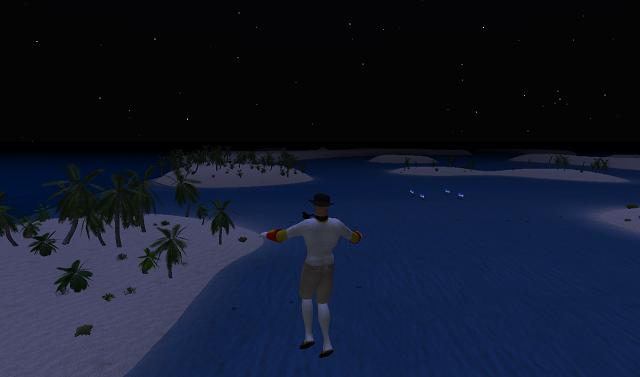 Baker safe and sound on Azure Island #6, which is centered by a protected sim. I’m sure Baker will be visiting this island again in the very near future; tonight he’s just scouting around. The island, like several of the majors ones of AI, is obviously volcanic in origin.

He finds a double to his first, real SL house on the western side of the island. Inside is arranged quite differently, though. Interesting way that the owner has opened up the walls in the back. 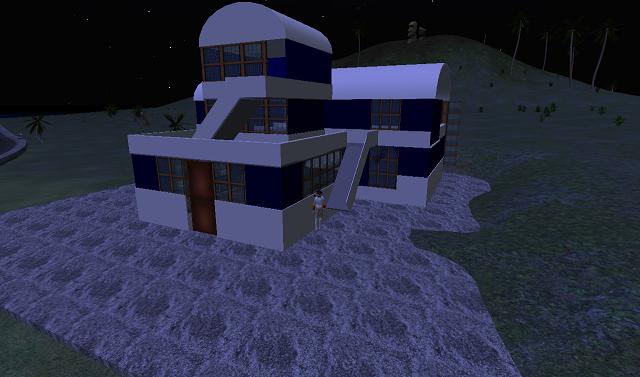 And Baker also teleports over to Azure Islands #1 this night, just in time to see the sun rising while standing on its familiar, central mountain range. This is over the still intact forest in the Vasyutin sim. Unfortunately, most forests on the island, the ones I certainly enjoyed when I lived there, have been heavily logged, we’ll say. As I said, it’s not the same place that I knew, and I probably will not move back.

Back to my *new*, presently cheerier Azure Island home and the beachfront Hucka D. claimed he lived on. You can see that Flynn’s house is gone now, and I also wanted to show the prominent, round knoll in the water just offshore. This can act as a guiding landmark for re-finding the position of Hucka’s old haunt. Maybe this knoll even has its own story to tell. 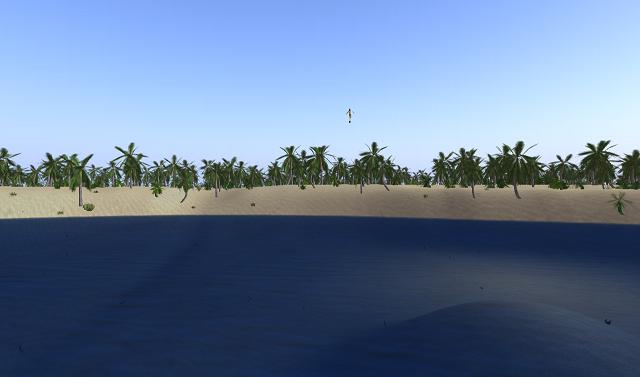 The clump of palms, Hucka D. claims was positioned right behind his old beach house on the island. Hucka D. is now also claiming that something is buried in this mini-grove, but hasn’t clearly indicated what yet. Can’t wait.

Close up of a plant growing directly into the trunk of one of those palms.

Is this the same, possible trail that Baker Bloch found the day before? Anyway, this, again, leads away from the beach at Hucka D.’s claimed, old homestead. I wonder if he had a name for it?