On a tip from Hucka Doobie, Karoz went to the Blue Feather Sea sim closest to the warped Crabwoo (Blenhorn) to find this large, 50 meter long “E” wedged between two ridges on its western side. Hucka D. told him to take plenty of snapshots, and called it a “dramatic re-creation”, as in the title of this post.

Karoz realized that each exposed side of the 8 cubes making up the “E” contained a fuzzy map of a single sim, although he didn’t immediately recognize any of the names. He noticed most were water sims. He thought about his Inland Sea/Korean Channel, but none of the names rang a bell — Lemongrass, Redazillion (he thought — names were a bit unreadable at times as well).

Ahhh… now that he’s looked at the top he did recognize that sim furthest to the right and back, not by name but because it is dotted all over with snake-like tiny islands. He then realizes he is staring at an edited version of the top part of the Korean channel, an area he is more unfamiliar with since it does not lie as close to his Noru home as the lower section.

You can see some of the darker patterns on the sea floor from this view higher up.

Karoz explores around the base until accidentally coming across this phantom prim with a map of the Demien sim on the front.

Walking through it, he is able to access the empty interior of the giant letter. A considerable amount of oddly placed windows were found, but nothing else. 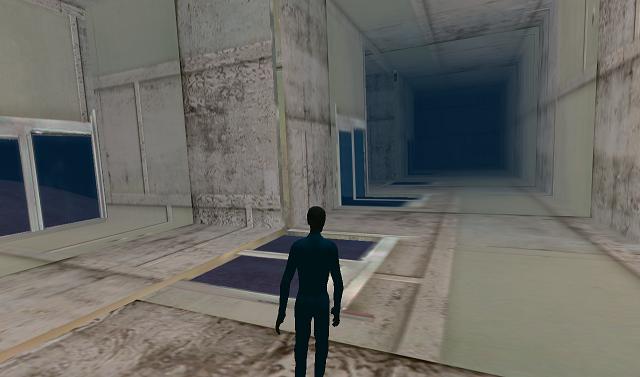 Karoz uses the handy “disable camera” option to view underneath the letter. Although rather dark, he was instantly able to make out the lower part of the Korean channel on the exposed sides. This helped verify his developing theory that all 30 sims were mapped out on the “E”. 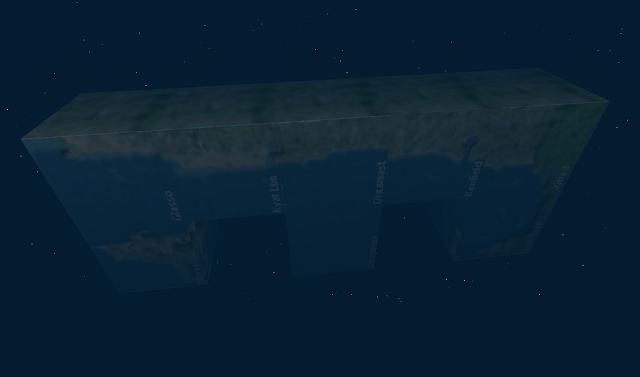 Snapshots showing the remaining, exposed sides from the front of the the giant letter. 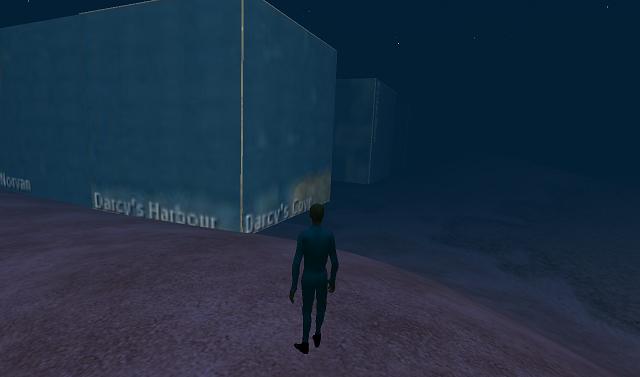 Moving around the back now, Karoz finds only a blurred green texture, with no names of sims indicated on any of what he knows are the exposed sides of 5 cube prims. He doesn’t know what to make of this quite yet.

A look at the “E” on the likewise handy mini-map available on the SL viewer.

While I was staring at this, the “E” suddenly vanished.

Karoz then checked to find that objects were automatically returned to their owner in this sim after 15 minutes. Thinking back, he realizes he must have showed up just after the “E” was rezzed in this spot. But how? He attempts to rez a cube on the floor bottom but finds that he can’t. It must have been carted in from another location, he then realizes. Hmmmmm…. why would Hucka D. make this kind of effort? Perhaps the blog would provide immediate future answers: baker b. and Hucka chat on it regularly, almost nightly in fact. He’d check this weekend.

9 Responses to “E! (A Dramatic Re-creation)”