Behind on text generation again… a couple of days ago, I bought land on AI#1 again, as I’m calling it here once more, at least for a while. Shopped around for a nicer house until I settled on this newer Victorian one, again a Fatima Ur creation, just like the old Victorian house that use to sit on the Gliese lot and was later used in a revised Temple of TILE (the shell of the two duplicate houses are still there in its present form). But this is a more solid design. Really like it, although the house will just be a place that I, as Baker Bloch, sit and look out upon the forest and wilderness surrounding it. Also I want to hang a few pictures in the house, perhaps even, eventually, the projected Wheeler-Jasper collage series coming up.

Backyard of the house here, a small open space in the forest. 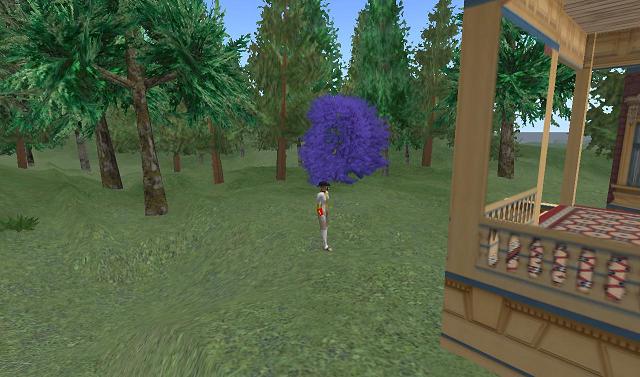 View from across the road to the east…

… then up high from the west…

About 1/2 those trees you can see in the snapshot are ones I planted. I simply copied the 4 types of trees that grow in the “natural” forest in the sim just below me and used them to populate my own land. I think it works swell… natural thing to do, as I said. 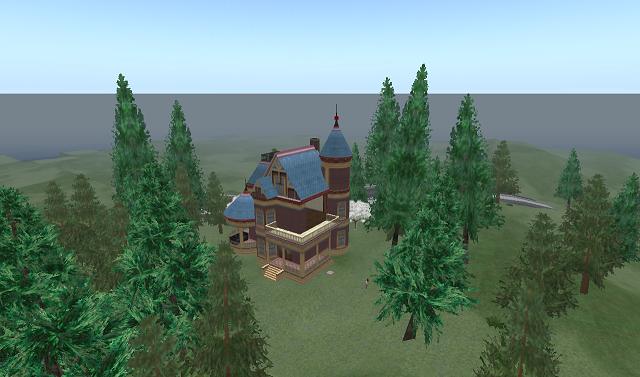 And then way up in the sky now, we have the transplated Temple of TILE, back from its mainland journey. As I’ll explain in posts to come, there’s now a larger sky complex surrounding this temple, with maybe more to come (!)

p.s.: this thing was a bitch to move, because of the size and multiple creators involved. 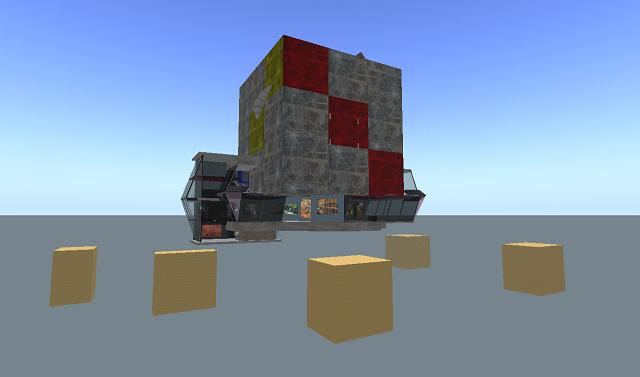