Found this glyph at the bottom of one of the southernmost seas of Sansara. Hucka D. and I chat about it a little in the above post. It’s obviously meant to spell something out, but trouble is I can’t make out the message, nor can the couple of people who graciously took some time from their busy schedule to teleport over to Egan to help me with this. It looks like 3 words, arranged in separate lines, with the top word furtherest right (west) and the bottom word furtherest left (east). Originally I thought the top word might be “Ben”, and it still might be. I can make out the beginning letter of the middle word, “W”, but that’s about all. And the third word is even more faint.

A theory I’ve hashed out to friends is that it is a kind of botched attempt at creating an underwater glyph that you can see from the air or on the SL map, which the famous Omidyar hand is perhaps the best example of. But who botched it up I haven’t the foggiest. Research comes up with nada so far… no mention of the Egan sim in a google search, and the only thing I can find in Snapzilla is a shot of a pirate ship of some kind. Haven’t checked the SL forums but my guess is that nothing will be found there either. 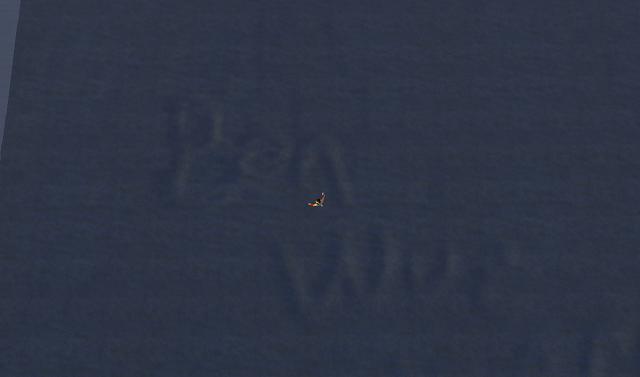 Here’s Baker Bloch inspecting the ridges of the glyph on the sea floor in Egan. 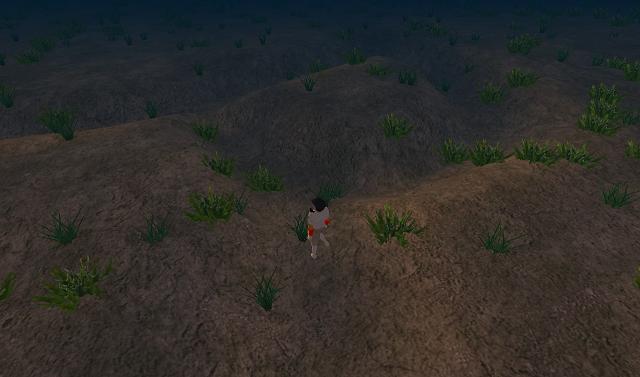 Thought I’d provide this snapshot because Baker Bloch began his evening at a Pink Floyd themed club and then finds himself underwater on the property of a Zeppelin oriented club. He had to surface to check it out. Rock on! (Hey, Rock Gods again). 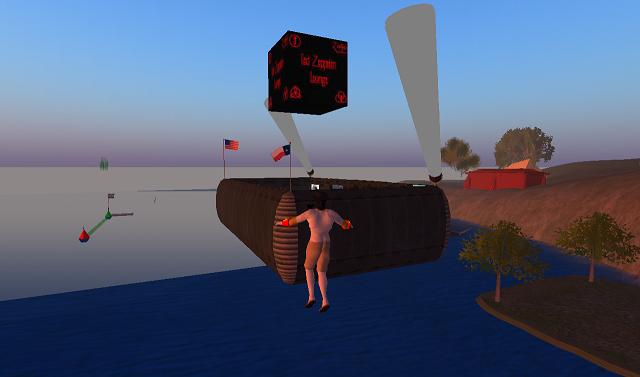 Meanwhile, the Edwardston Station Gallery is about ready to re-open (!) Here’s a preview of the Land of Oz floor of the gallery. There’s the black lion I’ve mentioned before. 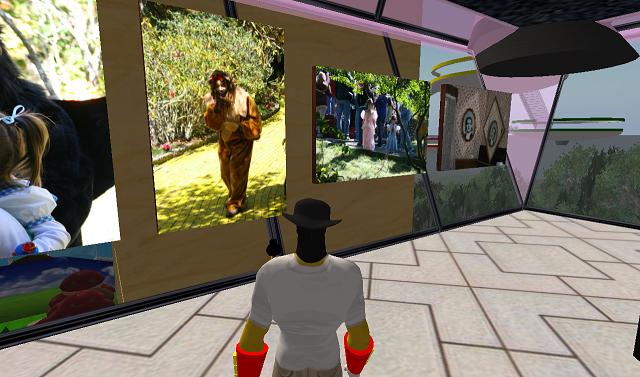 Sepaking of which, I do have a theory about the Egan glyph, as I’ll call it. It’s a direct continuation of all the Ross Sea weirdness, just as examining the sea it’s in is a direct continuation of the Ross Sea explorations. It was simply the next sea down on the continent to explore — I’d already explored the seas to the north. But I don’t think it is an accident that the first word, the easiest to make out, at least *looks* like “Ben.” To summarize real quickly (as I must move on to creating text for other posts here), I believe that Ben stands for *bear*, as in the famous bear Ben on the Grizzly Adams tv show and related movies. And it is a direct continuation of the Ross Sea comple symbolically through the chanted line “lions, tigers, and bears, oh my”, from The Wizard of Oz movie.

I’ll try to go into this in more detail soon but to me this tie-in is pretty obvious. And it has something to do with other pictures in the gallery, namely the couple dealing with Glacier National Park on the level above Edna’s Land of Oz pictures.

4 Responses to “Another Sansara Mystery…”