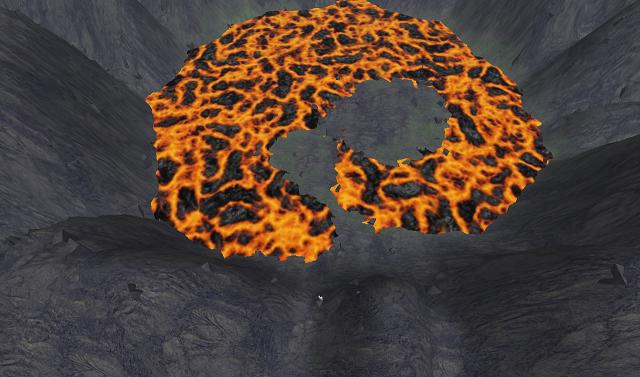 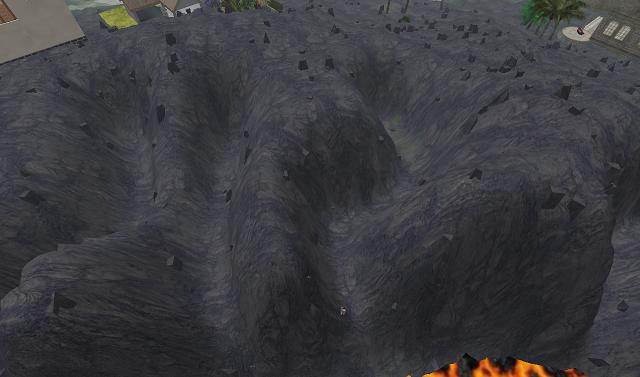 Interesting, perhaps, that the sim immediately west of the volcano centered one disappeared for a while during a Baker Bloch visit. In trying to assertain from various island avatars what happened, he was called a pervert and, in a separate incident also banned from a parcel. Then later on that very day Baker Blinker was sexually harassed not once but twice (by the same avatar, though) in the relatively remote water sim where she frequently rezzes objects. To me, baker b., this reinforces some of the pitfalls and limitations of SL in general, and that avoiding people, whenever possible, is usually the right path to take. 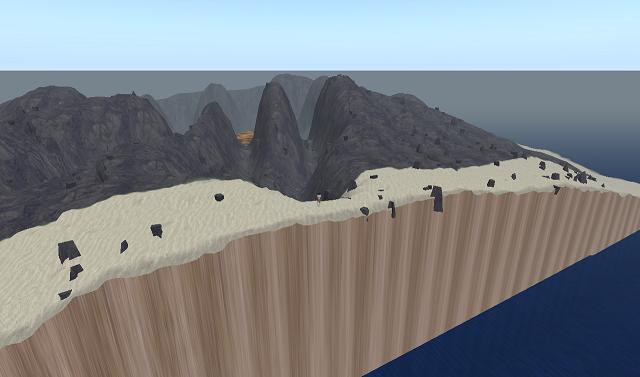 Here Hucka Doobie flies far above our Azure house. Nice editing out of most of the neighbors by the clouds! 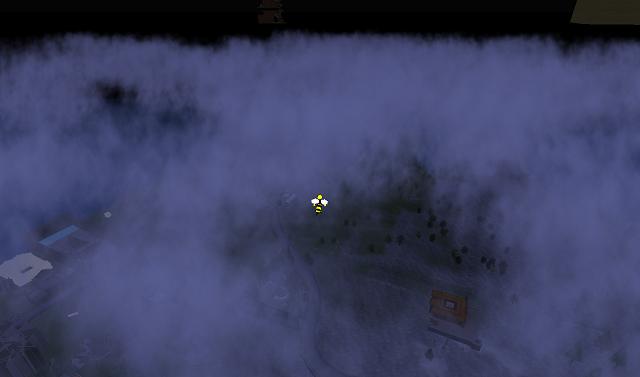