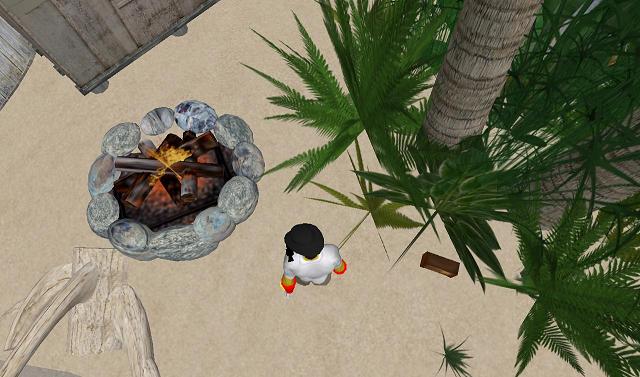 How could Baker Bloch have missed this before? 11 rocks… portal! And it’s not Ben Linden’s Isle but Ben Azure’s. Time for some more investigating, but, yeah, this could be the lead. This could be the place where RL and SL touch in AI. And that hut reminds me a little of Jacob’s cabin in LOST, except a lot less creepy. But still there could be a resonance. Also, after all, the island belongs to a *Ben*. So I’m going to insert some pics of the recent LOST episode featuring this cabin.

No joke: as I’m taking this picture the whole island is moving!! What the hey???

One Response to “Adamant”